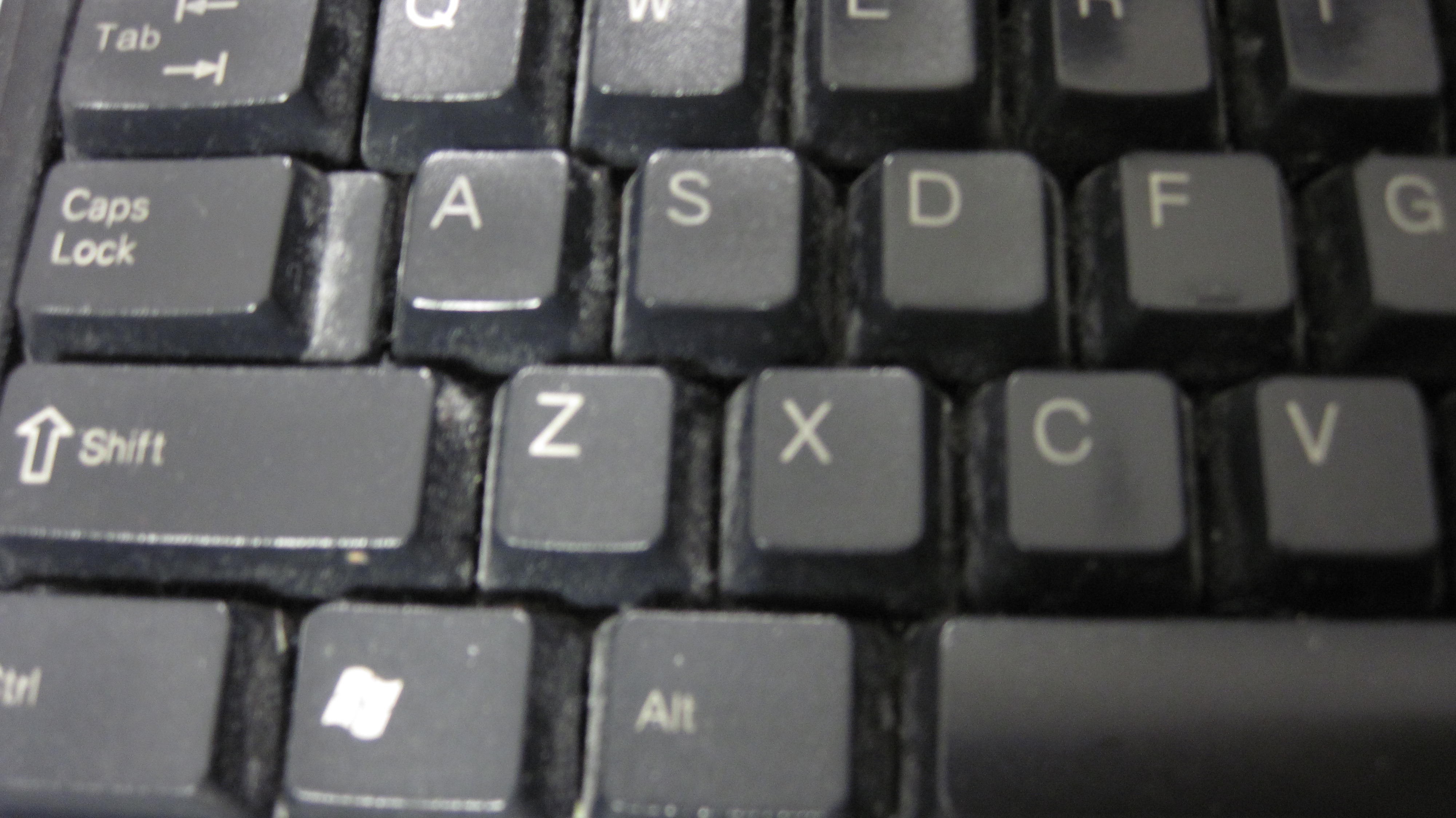 The problem we solve: Computer keyboards in hospitals are contaminated with bacteria that cause Healthcare-associated Infections. They must be cleaned and disinfected regularly but there is nothing available to do so effectively. Keyboards have complex surfaces with many crevices which must be cleaned in order to disinfect them. Moist towelettes are the current strategy, but they are impossible to use effectively. Also, the disinfectants require the surface to remain wet for 2-3 minutes and nothing available can reliably provide a consistent wet surface for that long. The wet-scrubbing that is required for killing these organisms too often leads to keyboard damage from dripping into the interior. 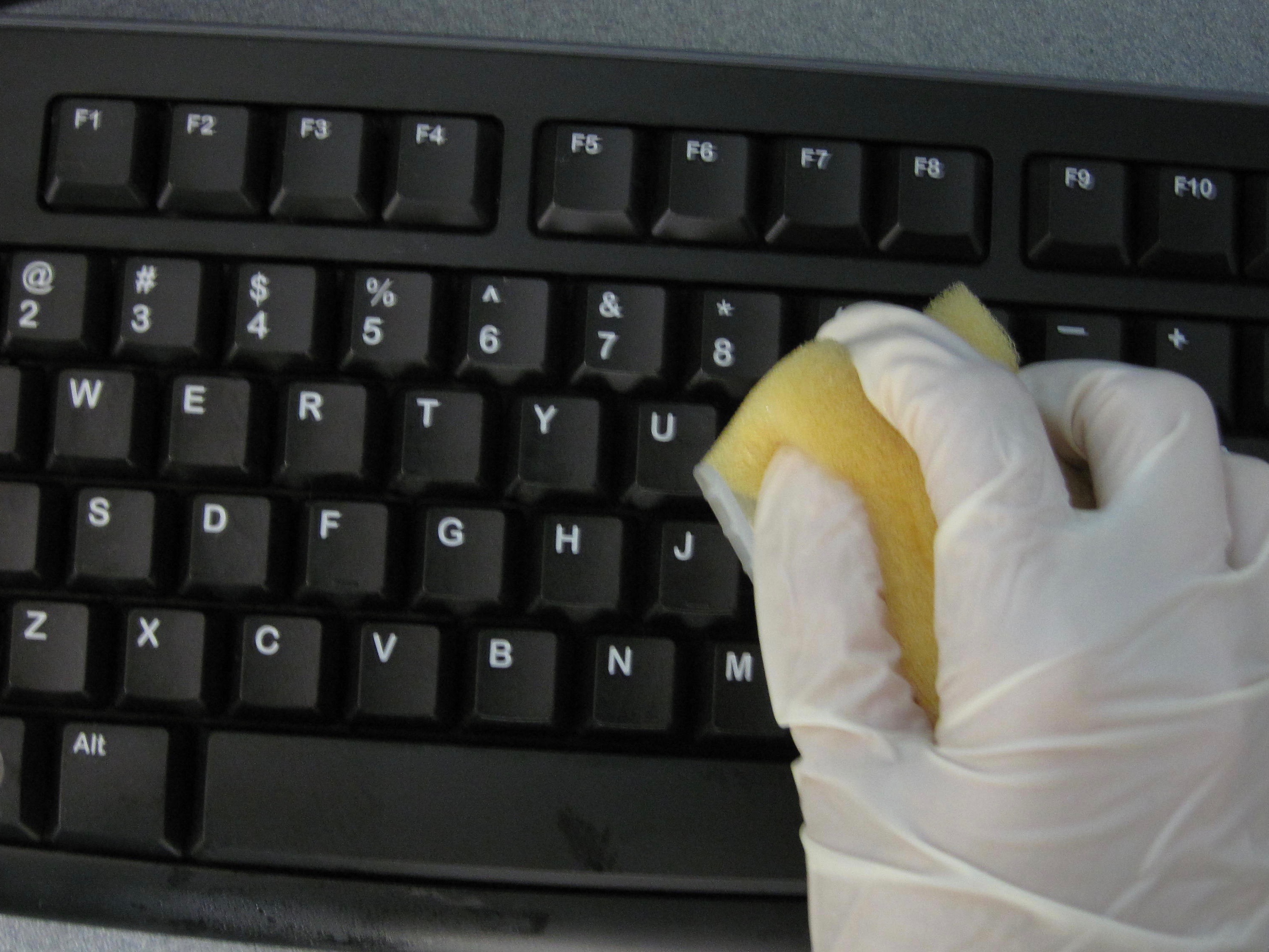 About our solution: A keyboard scrubber with a patent pending mechanism that provides the Goldilocks approach to disinfectant volume: not to little, not too much. The user is limited to provide only the appropriate amount of solution to wet the surface for proper germ killing but not so wet as to damage the keyboard. After scrubbing and disinfecting in one easy step, the dirty brush will be enclosed in its mechanism to avoid cross-contamination and will be fully recyclable where appropriate to do so. It is effective, quick, easy, and foolproof. 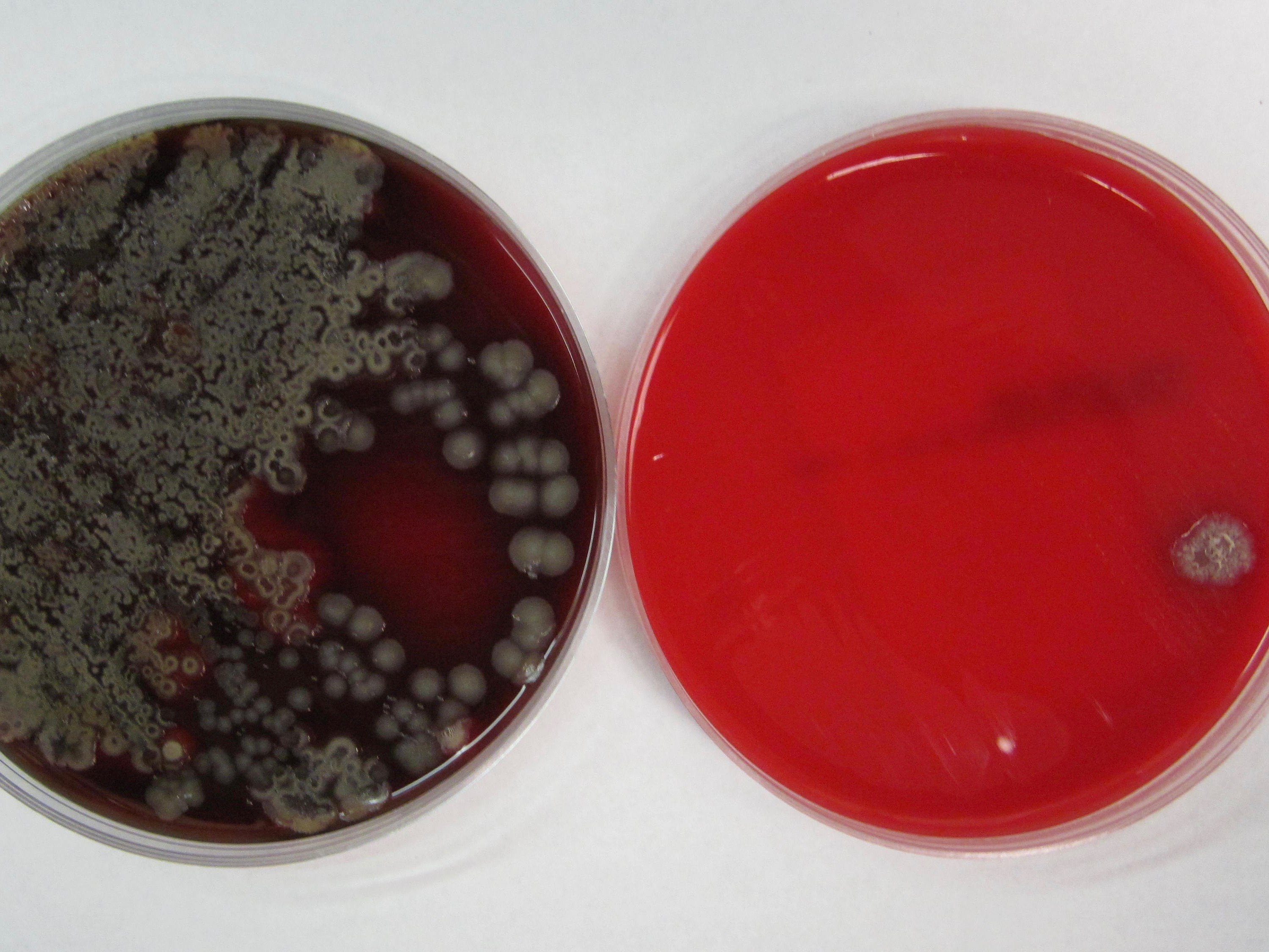 Mock ups have been tested and shown to be effective at cleaning without causing keyboard damage. Disinfection effectiveness has been laboratory tested and confirmed by swabbing samples and culturing on agar plates before and after treatment. Patent is pending. Interest is high but initial injection mold engineering and creation quotes obtained represent the biggest single cost to date and reason for application to Medstartr. 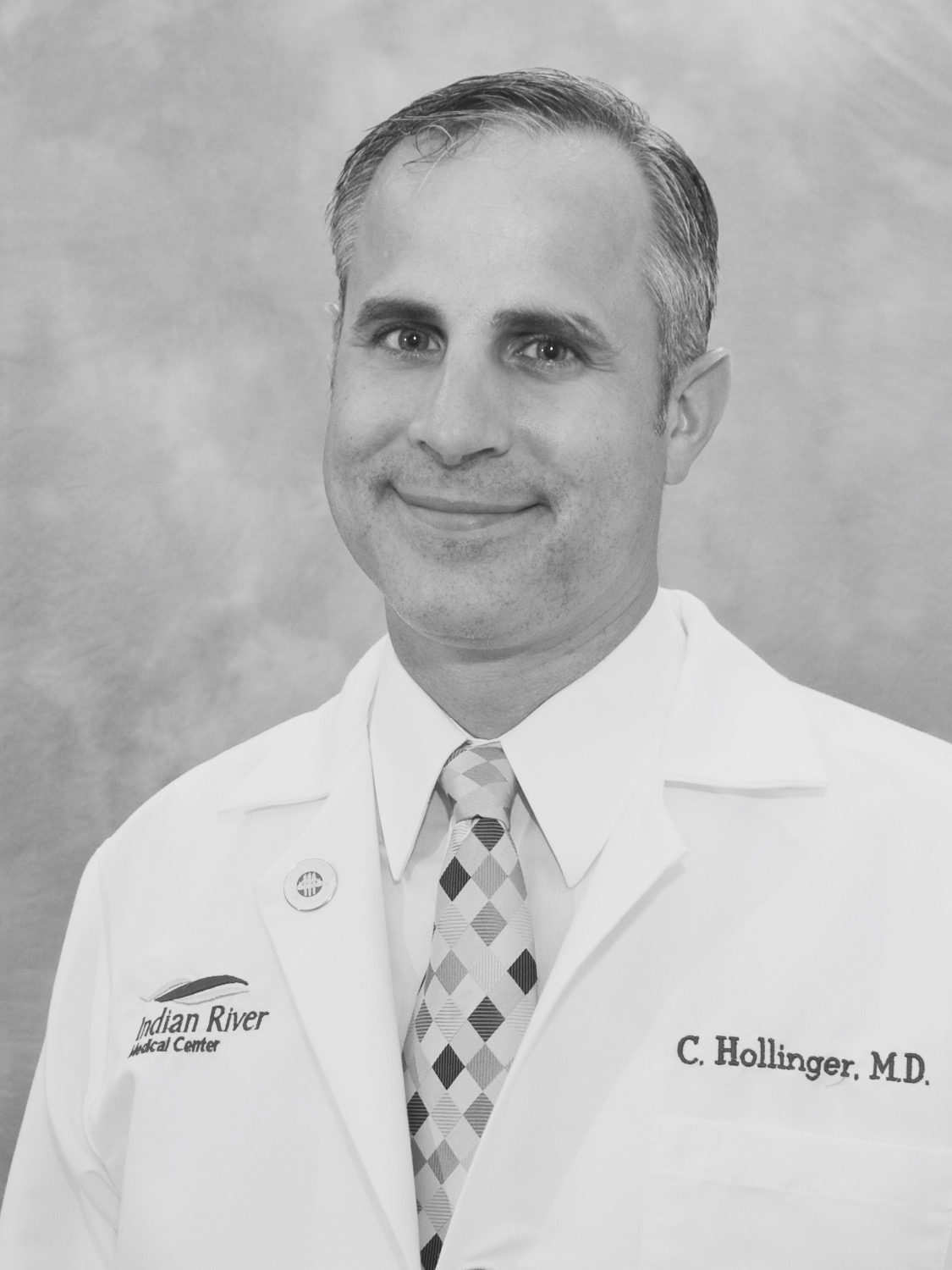 Bio: During residency training 10 years ago, I noticed that the keyboards involved in clinical care were always so dirty. Surely this was a place for disease causing organisms to lie in wait, but I figured that something was being done to take care of it. Years went by, over a dozen studies have been published showing that keyboards harbor diseases that cause hospital acquired infections, but still no available way to clean them. This is my solution.

The CDC estimates that five to ten percent of patients in the hospital will get a Healthcare-associated infection during their hospital stay. That means we will average one on every hall of every hospital in America all the time. The bacteria that are found in hospitals are more likely to be "superbugs" that resist treatment with antibiotics. Contracting and then treating these infections increases patient pain and suffering, increases antibiotic use, decreases antibiotic effectiveness over the long term, lengthens hospital stays and shortens lives. Computer keyboards have been identified in over a dozen studies as an important reservoir for these infectious organisms. The experts say that they must be cleaned and disinfected to protect patients. Patients deserve the best possible care with the fewest possible risks of harm. Hospitals need a tool like this to help them do just that.

"Computers are ubiquitous in the healthcare setting and have been shown to be contaminated with potentially pathogenic microorganisms," write William A. Rutala, PhD, MPH, from the University of North Carolina Health Care System in Chapel Hill, and colleagues. “Potential pathogens cultured from more than 50% of the computers included coagulase-negative staphylococci (100% of keyboards), diphtheroids (80%), Micrococcus species (72%), and Bacillus species (64%). Other pathogens cultured were ORSA (4% of keyboards), oxacillin-susceptible S. aureus (4%), vancomycin-susceptible Enterococcus species (12%), and nonfermentative Gram-negative rods (36%).” Rutala's team found two or more microorganisms on all of the computer keyboards. For instance, all of those keyboards tested positive for a type of staph bacterium (coagulase-negative staphylococci), which is one of the most common causes of bloodstream infections in hospitalized patients. Diphtheroids were found on 80% of the keyboards. Cancer, AIDS, and other patients in the hospital whose immune system is weak are at high risk for infections from diphtheroids. "Our data suggest that microbial contamination of keyboards is prevalent and that keyboards may be successfully decontaminated with disinfectants," the authors write. "Keyboards should be disinfected daily or when visibly soiled or if they become contaminated with blood.... We agree with other investigators who have recommended that routine disinfection be performed on computer keyboards that are used in patient care areas." Infect Control Hosp Epidemiol. 2006;27:372-377 Computer keyboards contain the organisms that make it harder for physicians to get their patients well and discharged from the hospital. Killing those organisms on keyboards decreases the opportunity for them to cause disease.

The CDC reports that in 2011 there were 722,000 Healthcare-associated Infections and 75,000 patients died with them. Five to ten percent of inpatients will become infected. Treating these infections costs hospitals an estimated $9.8 billion each year according to a 2013 study in the Journal of the American Medical Association. This is a major problem for hospitals since the treatment costs associated with them are not reimbursed by insurance or other payers and as such completely wipes out any profits from treating inpatients. Killing the bacteria that thrive in keyboards eliminates a growing, inadequately addressed reservoir for the very same organisms that cause these dangerous and costly infections. A year's worth of scrub brushes would pay for themselves if only a handful of Healthcare-associated Infections were prevented.

While the main thrust of this device is to clean computer keyboards, it is equally effective at cleaning virtually any electronic device that can be damaged by over-wetting. Device companies could include it to clean their own clinical equipment. All computer keyboards in the public space harbor infectious organisms. Ill patients with weakened immune systems are at the greatest risk from these infections, but there are susceptible people everywhere. All workplaces, libraries, schools, hotels, cruise ships where computer keyboards are used by multiple users will serve as a site for disease transmission. Using this device can be an inexpensive outward sign of a company's concern about the wellbeing of their patrons. For large corporations, lost productivity from illness is a real problem that costs the economy 227 billion dollars each year. Infection control policies in the workplace must include keyboard disinfection to be effective. This device is a major part of that solution and a clear indication that something is being done to protect people from illness.

The total market opportunity is defined narrowly as the number of computer keyboards that are used by caregivers who interact directly with patients in hospitals. More broadly it is the number of computer keyboards used by multiple users where communicable disease transmission is a concern. According to the American Hospital Association, there are 5,627 hospitals in the United States which translates into 902,202 staffed beds (AHA Study.) In addition, this translates into 77,809 intensive care beds where infection control is most important. According to Healthit.gov, over 90% of all hospitals are meeting criteria for Meaningful Use of certified health IT (HealthIT.gov report.) This will ultimate reach very closely to 100% shortly since it is tied to reimbursement for hospitals. Actual numbers of computers used in each hospital is difficult to judge, but based on the hospitals that I have seen, a very conservative estimate is an average of one computer terminal per 10 patients served or ~90,000 computers. In my 350 bed community hospital with an electronic record, the number is closer to 1:3 on patient floors and 1:2 in units. Current recommendations are that computer keyboards used directly in caring for patients should be scrubbed and disinfected daily, or when visibly soiled. Even if they were only disinfected weekly, that is 52 brushes per computer per year, year over year. Also, according to Becker's ASC there are an additional 5,260 Ambulatory Surgery Centers who also employ computers for their care. Other potential markets are the 52,000 hotels, 119,000 libraries, 98,00 public schools, 31,000 private schools and numerous workplaces where infection control is a concern. Further marketing would be for moisture-sensitive electronic equipment other than computer keyboards that need periodic disinfection which will reveal itself after product hits market.

The first year will be dedicated to injection mold creation, fine-tuning product, EPA approval, sales literature and early adoption. A conservative estimate would be 20% market penetration in the 2 subsequent years. However, current guidelines mandate scrubbing and disinfecting that is not currently possible with what is available now. If regulatory authorities adopt use of this scrubber in guidelines, then growth could be very brisk. Twenty percent of the estimated 90,000 computers at a very conservative average weekly use would be 936,000 units sold in year 3. If even 10% of all hospital computers involved were cleaned daily as recommended by published research, that would result in 3,285,000 units sold each year.

This is a single use disposable/recyclable product and profits will be generated on a per unit markup.

There is currently no device that adequately addresses this need, so this will be first to market with patent pending mechanism. There are other strategies to address this concern on the market but costs are high and utilization is low. Costs are high because adopting existing specialized devices and equipment is very expensive with a high upfront cost, and establishing methods /personnel to maintain them are an additional hidden cost to hospitals. The advantage to my method is that it allows continued use of the inexpensive keyboard that came with the computer, and costs are spread out over time and limited by utilization of the customer. Adopting will be higher because it represents an additional tool for the existing infrastructure (environmental services personnel) with minimal training required for safe and effective use.


FDA clearance is not required as it is not used directly on patients. EPA approval of disinfectant and labeling is required before device is put into service. This step is expected to be relatively simple since, at least initially, only previously EPA-approved disinfectants will be used.


The greatest expenses lying ahead are the engineering, final prototyping, and creation costs of the molds to form the components of the device. Current production quotes include at least two molds but may require a third mold for the complete patent pending unit. Each mold is estimated to cost $20,000. There will be some further mold re-engineering costs after the initial creation to optimize the design. Other funds will be used for application fees and regulatory costs, disinfectant formulation, finishing/fulfillment service design, packaging engineering and other such costs to produce initial stock.


All of us are touched by hospital infections at some point in our lives.  Hospitals must make every effort to prevent this, but they don't have all the tools they need.  Ill patients with weakened immune systems are particularly at risk to die from these organisms and they need to be protected from them.  Hospital keyboards are not adequately disinfected, contaminate healthcare workers hands, and those contaminated hands cause Healthcare Associated Infections.  My keyboard scrubber is an important part of a comprehensive solution. Will you help me bring it to life?

During residency training 10 years ago, I noticed that the keyboards involved in clinical care were always so dirty. Surely this was a place for disease c...