Nervive is developing a medical device that is an emergency stroke treatment for under-resourced settings such as ambulances and small hospitals. 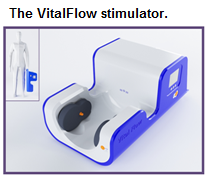 The problem we solve: Stroke affects 16.9 million people each year worldwide, of whom 5.7 million will die. Stroke is the leading cause of severe disability and second most-common cause of death globally. The existing treatments for ischemic stroke (tissue plasminogen activator and endovascular clot retrieval catheters) are administered to an estimated 200,000 stroke patients worldwide - a tiny fraction of those afflicted by the disease. Most stroke patients in the U.S. and Europe cannot get to a hospital quickly enough to receive these time-dependent treatments, and those who do receive the treatments risk significant adverse events such as intracranial hemorrhage. Outside of the so-called developed world, emergency stroke treatment of any sort is essentially non-existent. 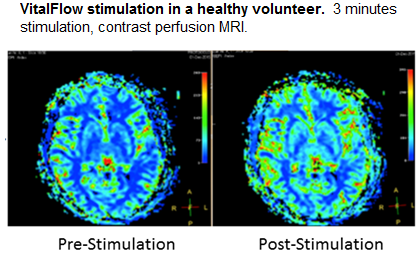 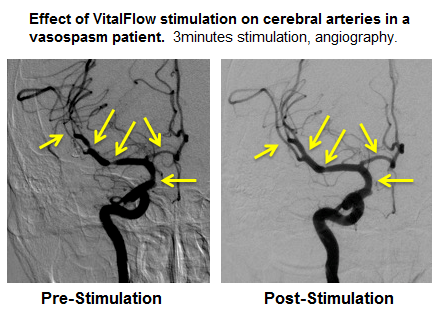 Progress to date:The VitalFlow is in clinical prototype form and has successfully completed initial clinical studies. Specifically, the clinical prototype VitalFlow has proven safe, tolerable, and effective at increasing blood flow to the brain in normal subjects, and it has proven capable of reversing cerebral artery constriction in patients with vasospasm, a condition similar to ischemic stroke that occurs in the intensive care unit. The design and methods-of-use of the VitalFlow are covered by 7 patent applications in various stages of review, with the first two patents being granted in the U.S. and China.

Bio: Dr. Borsody is a vascular neurologist and the inventor of the VitalFlow stimulator. He has 25 years of research experience including 7 years in the pharmaceutical industry. In 2012, he began full-time work on the VitalFlow program, founding Nervive Inc for which he now serves as CMO. Under his leadership as start-up CEO, Nervive obtained $5.0M in non-dilutive funding, completed key preclinical studies, and built a clinical prototype VitalFlow device that is currently being tested on patients.

Emilio Sacristan
Chief Science Officer, Ph.D.
Biography: Dr. Sacristan is a Professor of Biomedical Engineering and Director of the National Center for Medical Instrumentation and Imaging at the Metropolitan University in Mexico City. He is a serial entrepreneur in the critical care space with 4 marketed medical devices to his credit. He is cofounder of Nervive and coinventor on two of VitalFlow patents. Dr. Sacristan is responsible for the preclinical and initial clinical testing of the VitalFlow.
Title: Chief Science Officer
Advanced Degree(s): Ph.D.

Margaret Groh
Chief Executive Officer, Ph.D., M.B.A.
Biography: Dr. Groh joined Nervive in 2015 and previously has served in executive positions at BioEnterprise, a nationally-recognized bioscience venture development firm based in Cleveland and supported by the state of Ohio. She has more than 30 years’ experience in the life science industry and has raised investment and NIH support for multiple start-up companies. She is a graduate of the University of Chicago and the Case Western Weatherhead School of Management.
Title: Chief Executive Officer
Advanced Degree(s): Ph.D., M.B.A.
LinkedIn: https://www.linkedin.com/in/margaretgroh?authType=NAME_SEARCH&authToken=LHlT&locale=en_US&srchid=487915641474577017053&srchindex=1&srchtotal=6&trk=vsrp_people_res_name&trkInfo=VSRPsearchId%3A487915641474577017053%2CVSRPtargetId%3A76435224%2CVSRPcmpt%3Aprimary%2CVSRPnm%3Atrue%2CauthType%3ANAME_SEARCH

The VitalFlow restores lost blood flow to the brain.  Doing so rapidly after the loss in blood flow prevents brain injury and neurological impairment from developing.  Because the VitalFlow is simple, straightforward to use, and non-invasive, we believe it can ultimately be used to treat ischemic stroke even in places that do not have the physician expertise or equipment necessary to administer other treatments.  Other conditions involving brain ischemia such as traumatic brain injury and cardiac arrest might also benefit from VitalFlow treatment.

The VitalFlow rapidly restores lost blood flow to the brain.  By doing so, permanent brain injury and neurological impairment is prevented.  Because it is simple-to-use and non-invasive, the VitalFlow can be used to treat conditions of brain ishemia in the emergency setting.  An initial regulatory approval for the clinical prototype VitalFlow as a treatment for cerebral artery vasospasm in subarachnoid hemorrhage patients is expected in Q1 2017 under a Humanitarian Device Exemption.  Thereafter, we intend to pursue an indication as an emergency treatment for ischemic stroke under an Expedited Access PMA.  Other indications involving brain ischemic (traumatic brain injury, cardiac arrest) can also be considered in the future.

The VitalFlow is a platform technology that will improve the clinical condition of patients suffering from brain ischemia, which occur in settings spanning the intensive care unit to the emergency department and into ambulance. Various versions of the VitalFlow will be useful in different settings, beginning with our current clinical prototype device that can be used as a treatment for cerebral artery vasospasm in the intensive care unit.  Future versions of the VitalFlow will be useable in the emergency department and ambulance for treatment of ischemic stroke, with subsequent indications in traumatic brain injury and cardiac arrest envisioned by the company.  By treating brain ischemia rapidly, the VitalFlow will shorten patient stays and reduce hospital costs, thereby improving hospital reimbursement for these conditions.

The VitalFlow platform technology has the potential of increasing the effectiveness of standard-of-care therapies for stroke and cerebral artery vasospasm.  As part of a significant investment from a partner company, Nervive would be willing to consider exclusive partnerships and co-development opportunities for these indications.

Long-term partnerships and co-development opportunities spanning the VitalFlow lifecycle are also envisioned by Nervive for substantial levels of investment.


The design and methods-of-use of the VitalFlow are covered by 7 patent applications in various stages of review, with the first two patents being granted in the U.S. and China.  Exclusive partnerships, U.S. FDA regulatory provisions, and first-mover status will also provide competitive protection and advantage for the VitalFlow.


An animal prototype VitalFlow has been successfully tested in more than 170 large animal experiments, including 3 animal models of stroke.  The results of some of these studies have been published in Stroke and Brain Research, and 4 manuscripts are currently in review.  The results of preclinical testing of the VitalFlow as a magnetic facial nerve stimulator are consistent with nearly a century of research evaluating the effect of electrical stimulation of the facial nerve as a means to increase cerebral blood flow, as well as the ongoing development program for an invasive facial nerve stimulator as a subacute treatment for stroke (BrainsGate;  www.brainsgate.com).

A clinical prototype VitalFlow based on a proprietary design has been assembled and has passed internal safety and performance testing.  The clinical prototype VitalFlow was evaluated in 35 normal subjects, in whom no major safety findings were identified.  Stimulation for a period of 3 minutes was found to be safe and tolerable in normal subjects up to the highest stimulation powers, and an increase in cerebral blood flow was reliably observed on contrast perfusion MRI.  Subsequently, the clinical prototype VitalFlow is being evaluated as a treatment for a stroke-like condition, cerebral artery vasospasm, which develops several days after some types of brain hemorrhages.  VitalFlow stimulation has been shown to reverse arterial constriction in vasospasm patients with no adverse events.  The results of our preclinical and clinical studies can be found at www.nervive.com/vitalflow_scientific_background and www.nervive.com/preprints.

Preclinical testing in conditions that mimick ischemic stroke (hemorrhagic stroke, active seizures) have shown that the VitalFlow does not make these conditions worse.  Accordingly, we will develop the VitalFlow for use in the treatment of ischemic stroke in the emergency department and ambulance settings where diagnostic capabilities are scarce.  Indeed, Nervive plans to develop future versions of the VitalFlow linked to artificial intelligence equipped with natural language capabilities so as to diagnose stroke and make treatment decisions where stroke diagnostic expertise is not available.


Nervive has completed two pre-IDE meetings with the FDA, the first defining the preclinical testing requirements and the second reviewing the early clinical testing plan.  Nervive is now planning for a third pre-IDE meeting to gain the FDA's agreement to develop the VitalFlow under the Expedited Access PMA pathway.  The Expedited Access PMA pathway will allow the VitalFlow to achieve regulatory approval with a randomized controlled pivotal trial based on biomarkers of efficacy - not clinical outcome measures - that greatly reduces the size of the pivotal trial and shortens the clinical testing activities.  The third pre-IDE meeting is expected to occur in Q1 2017.

Nervive is also engaged with the FDA Office of Orphan Drug Development in a petition to designate the clinical prototype VitalFlow device as a Humanitarian Use device in the treatment of a stroke-like condition, cerebral artery vasospasm.  Nervive expects to have Humanitarian Device Exemption status for the clinical prototype VitalFlow by Q1 2017.


The $50,000 raise on MedStartr will support our efforts to build two clinical prototype VitalFlow devices.  One of the new clinical prototype devices will be stationed near Nervive's headquarters in Akron for use in the Cleveland Clinic system.  The other clinical prototype device will be placed with a hospital determined by our investors (see Incentives).  By doing so, we will be able to generate clinical data and experience to drive adoption of the VitalFlow technology, and will be able to readily conduct additional research in ischemic stroke leading to the larger emergency department and ambulance markets.


The term 'stroke' comes from the Middle Ages, and originally meant 'to be struck down by the Devil'.  If you would happen to know someone who has suffered a stroke, you might find that he or she truly feels struck down.  Because they are often crippled, stroke victims are rarely in a position to help develop new treatments for their condition - it is too late for them to get involved.  We hope this is not you, and that you recognize your own one-in-six chance of suffering a stroke in your lifetime.  Now is the time for you to get involved.

Dr. Borsody is a vascular neurologist and the inventor of the VitalFlow stimulator. He has 25 years of research experience including 7 years in the pharma...

Nervive is developing a medical device that is an emergency stroke treatment for under-resourced settings such as ambulances and small hospitals.