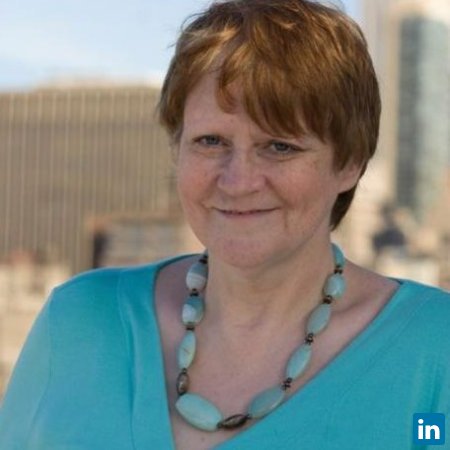 Social media strategist, writer, editor, producer, public speaker, healthcare reform advocate and artist, with a background in network news and public policy, and a passion for technology that makes democracy more possible now than ever before. Can catch and hold an audience on a wide range of topics, including healthcare, things vegan and green, and impact-for-good. As a social media strategist, I've launched a variety of brands from zero to high influence and have spoken about social media at the #140 Characters Conference and the NY Press Club Journalism Conference. As a healthcare reformer, I will represent consumers and patients at MedStartr's #MedMo16 conference; spoke at Health Datapalooza 2016 and served on its steering committee; participated in a 2015 meeting with the White House healthcare innovation team; and was chosen to be part of the 2012 White House State of the Union Tweetup. Other pursuits: exhibiting my giclée prints at local galleries and curating the veggie lifestyle Twitter community @TurnTurnTurnip. Before forming Catch & Hold Consulting, I was VP, Director of Social Media and Managing Editor of the nonpartisan public policy research and citizen engagement organization PublicAgenda.org, building its web and social media presence on numerous platforms and its flagship brand to over 10,000 followers on Twitter. Other credits include: Producer/Editor/Writer/Artist, CBSNews.com; Producer/Editor/Writer, CBS Radio Network and 1010 WINS Radio; Editor/Contributing Author of a report for Congress on the competitiveness of U.S. securities exchanges; web design and content producer, Big Red Hen Productions; Op-Ed columns for CBS2NY.com, the New York Post and New York Newsday; appearances on the BBC and America's Talking; reporter, Easton (Pa.) Express and Allentown (Pa.) Call-Chronicle; and editor/reporter at the Bethlehem (Pa.) Globe-Times, where I started with a 28-mile-a-day paper route.